“I do not know who is controlling who anymore…”

Inspired by Brecht’s A Man’s a Man, the play, wrritten and directed by Mehrdad Rayani Makhsous was one of very few cultural exchanges to take place between England and Iran over recent years and was funded by Iranian Dramatic Arts Centre. The narrative explored a caged animal, locked up in an institution by a doctor and a male and female guards. Eventually, as the animal transforms into a human, the doctor is left questioning his very sense of reality. 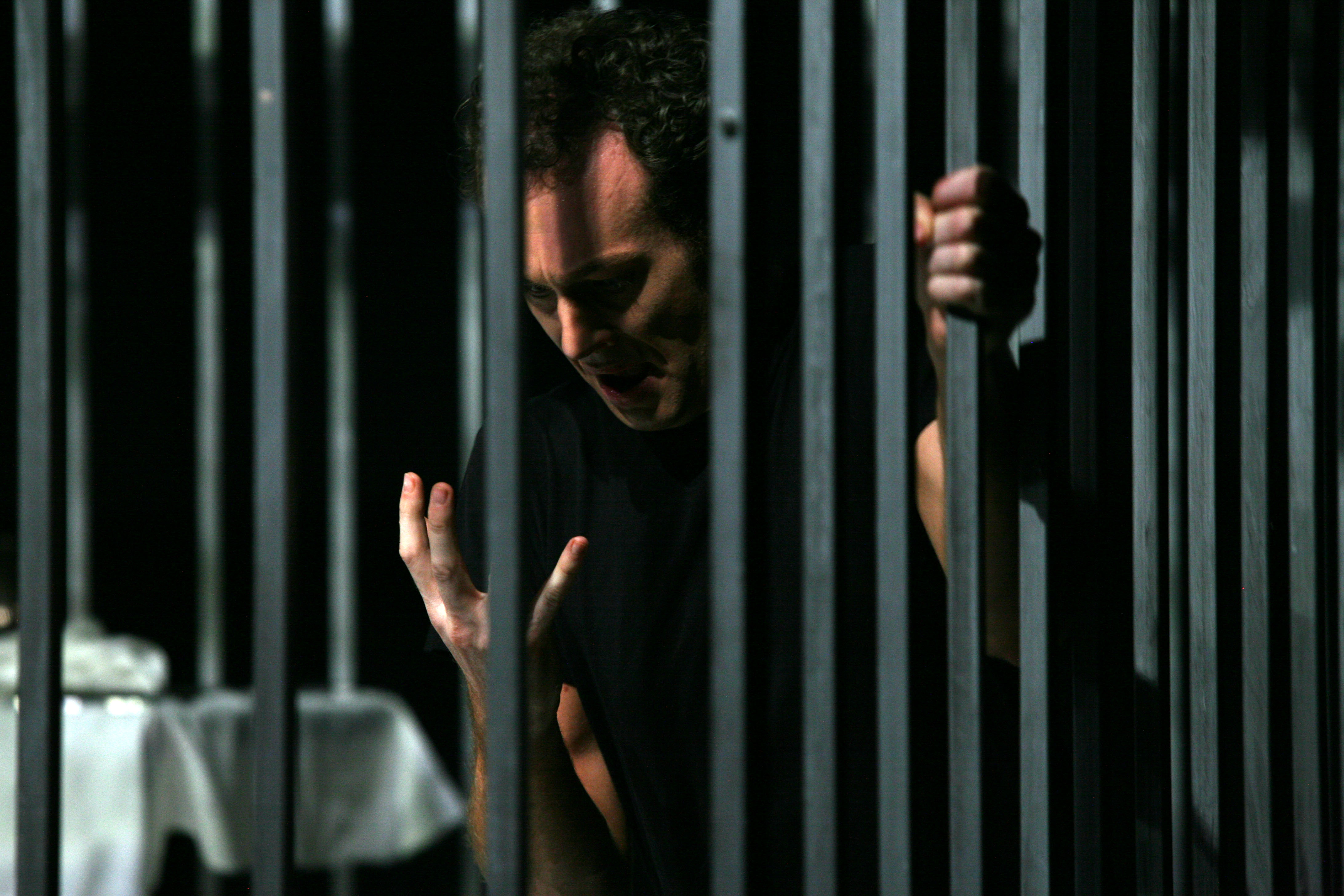 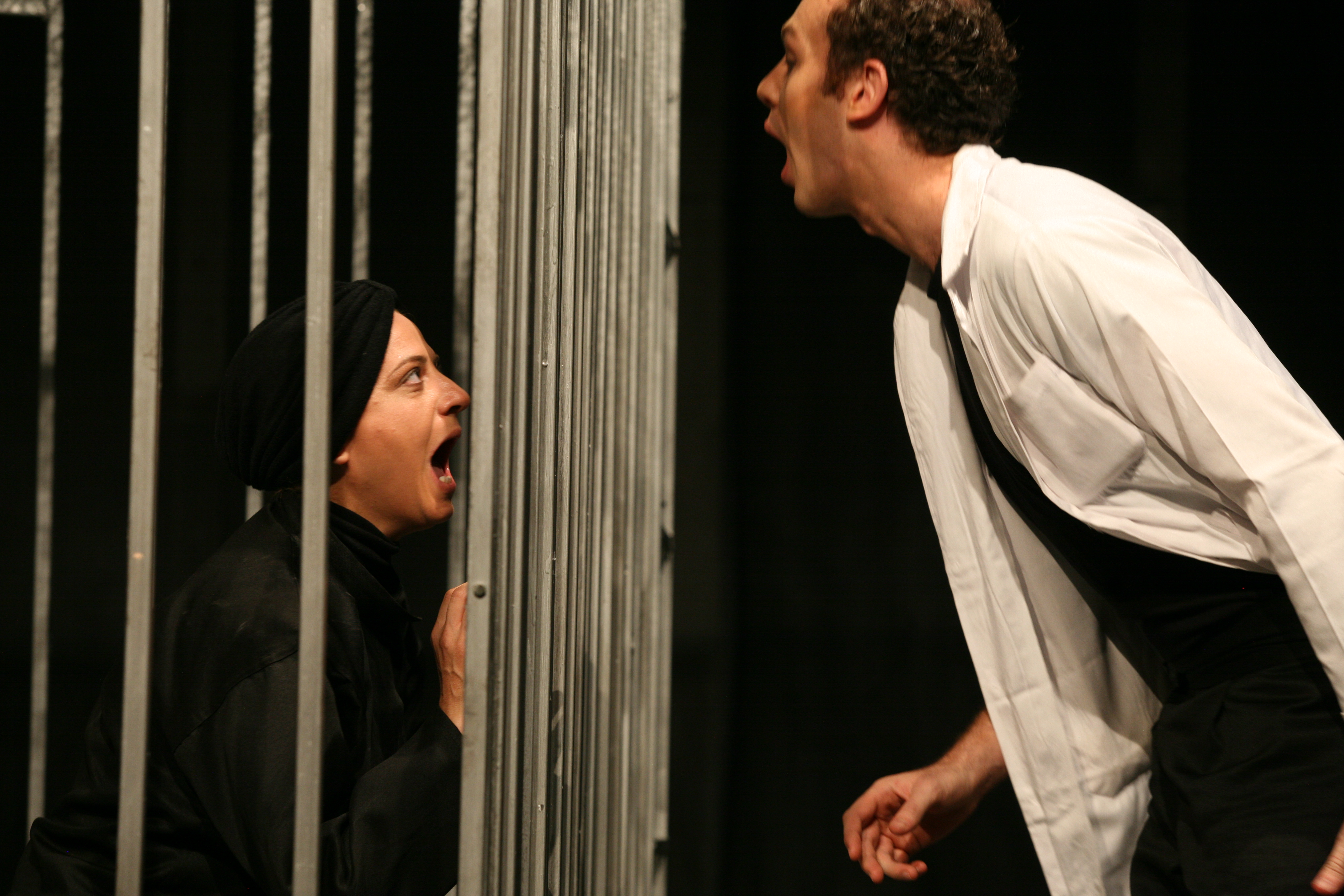 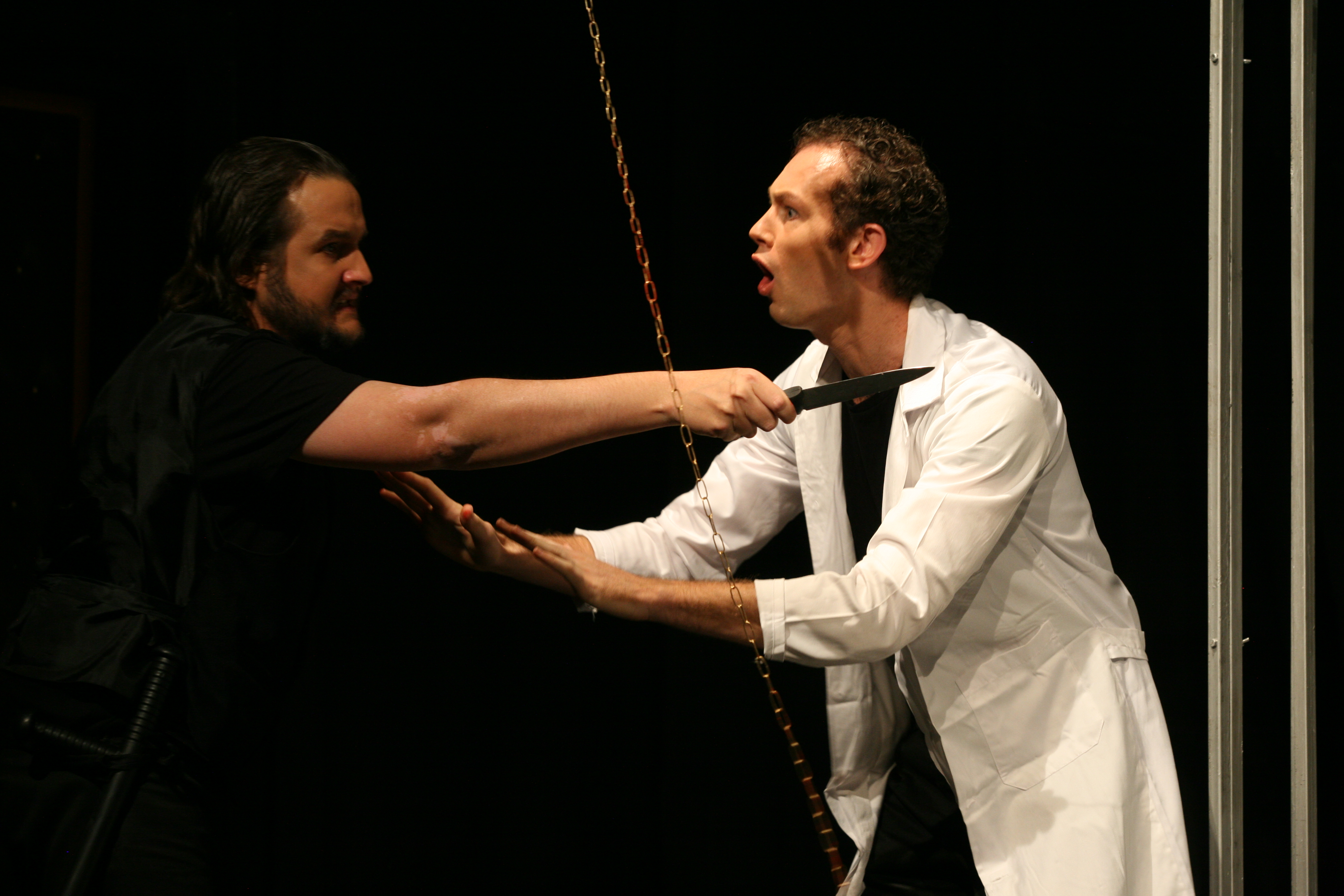 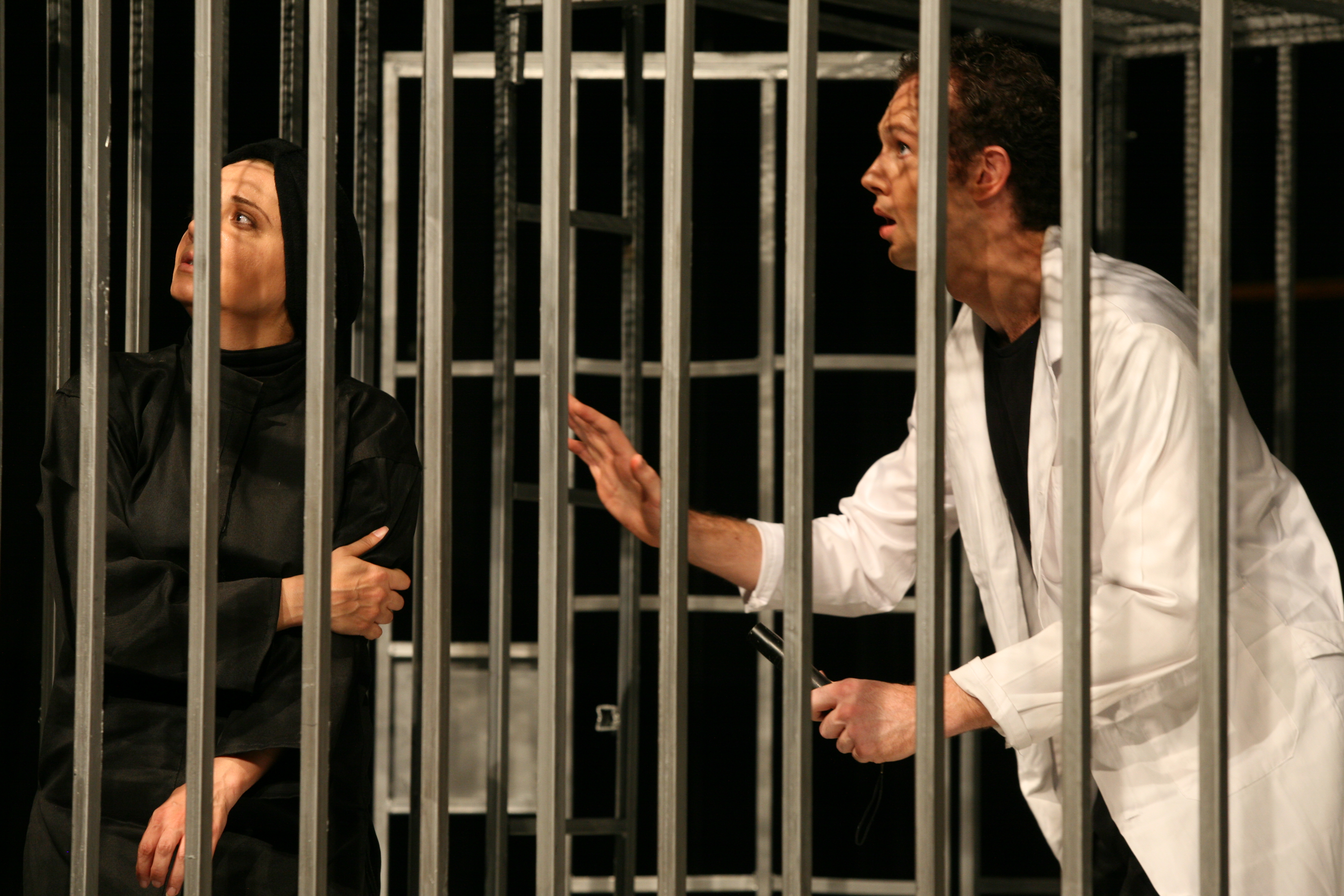 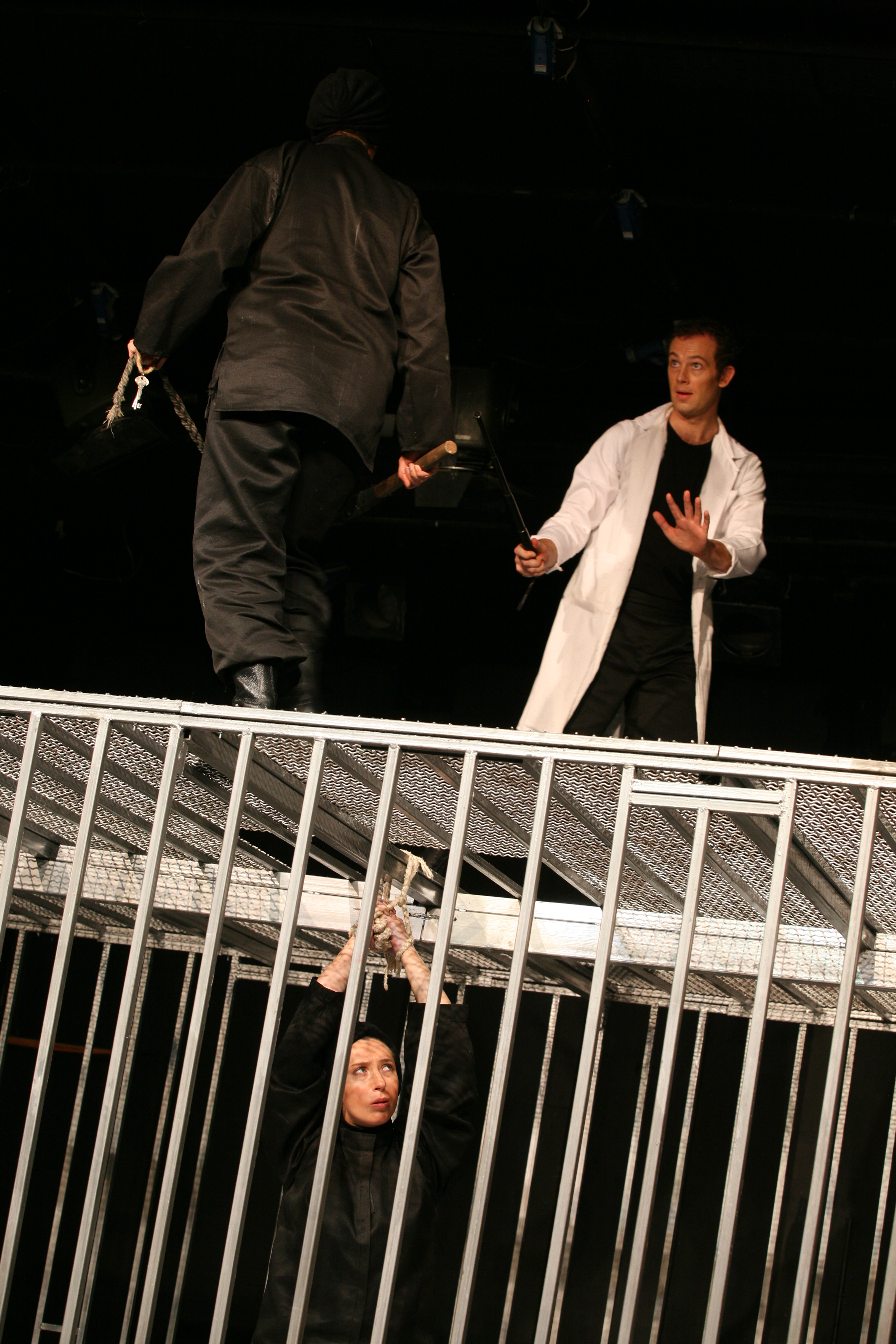 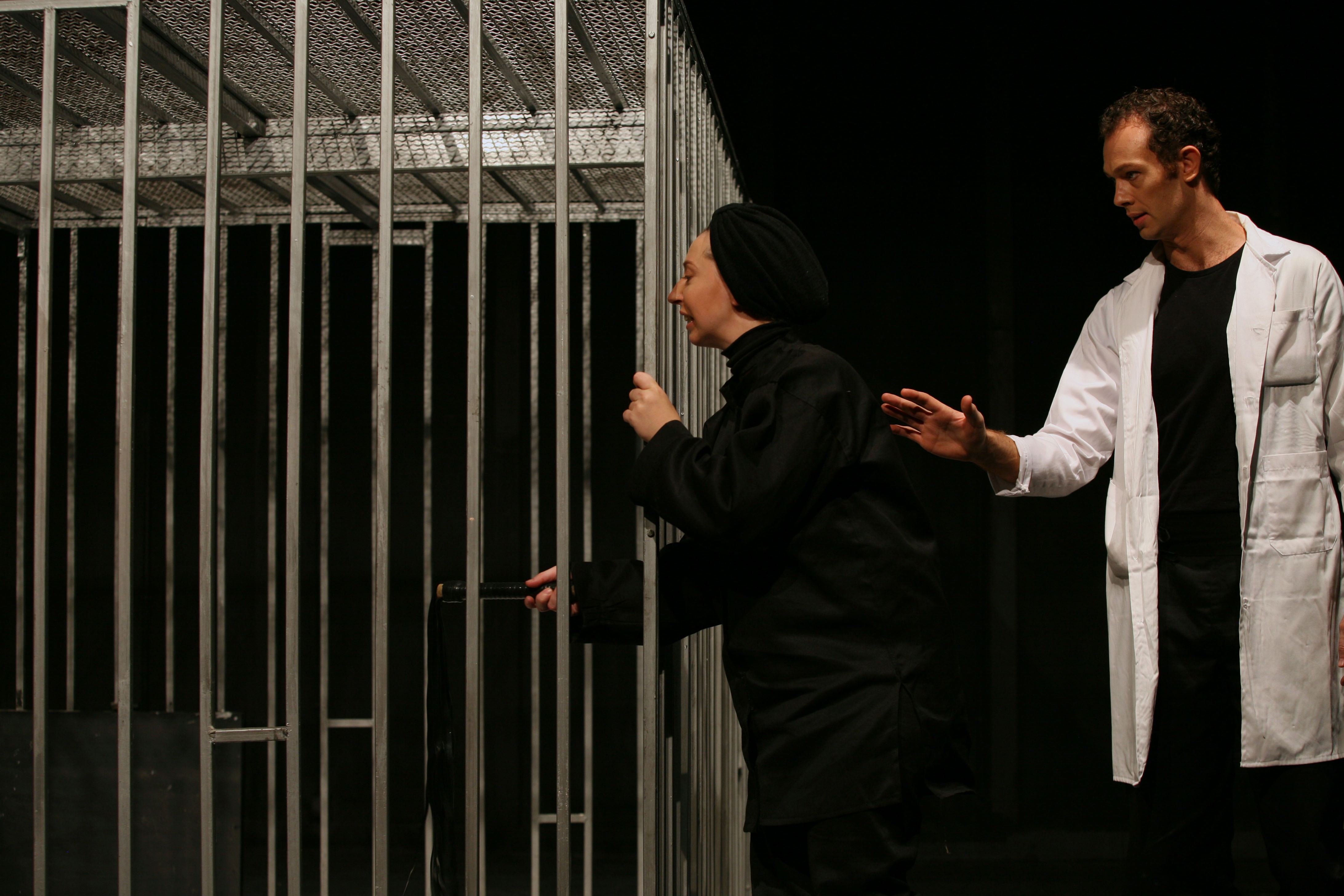 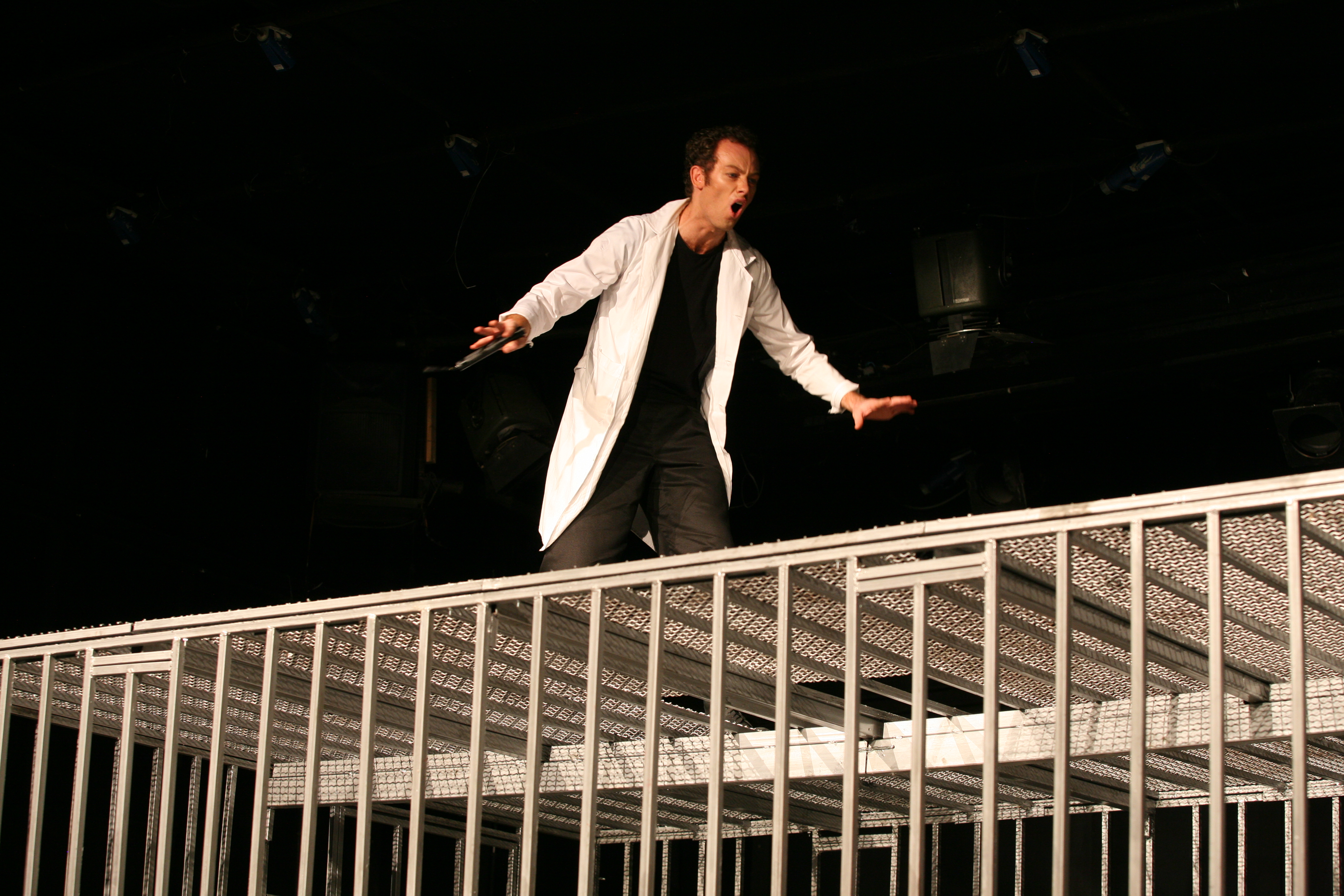 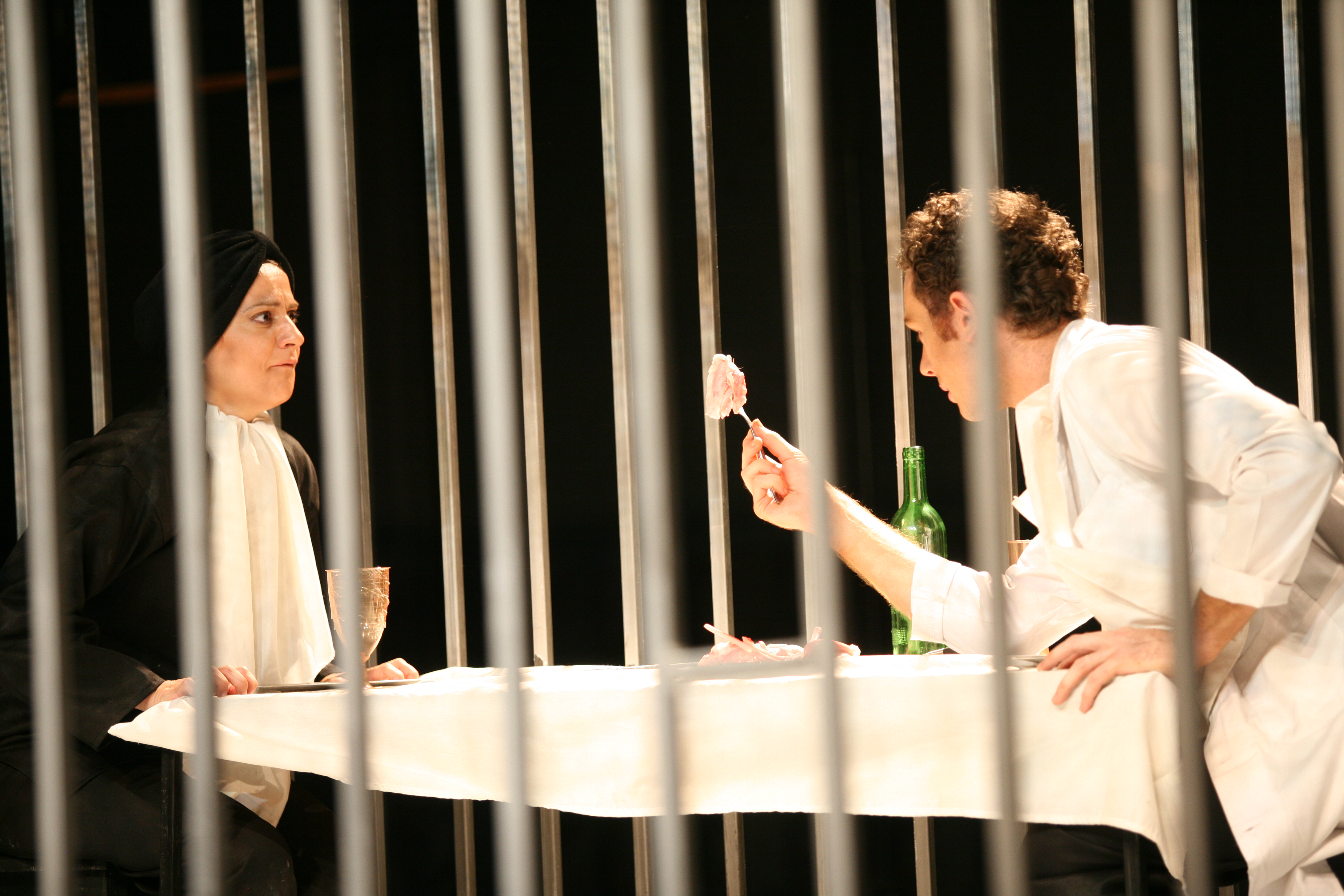 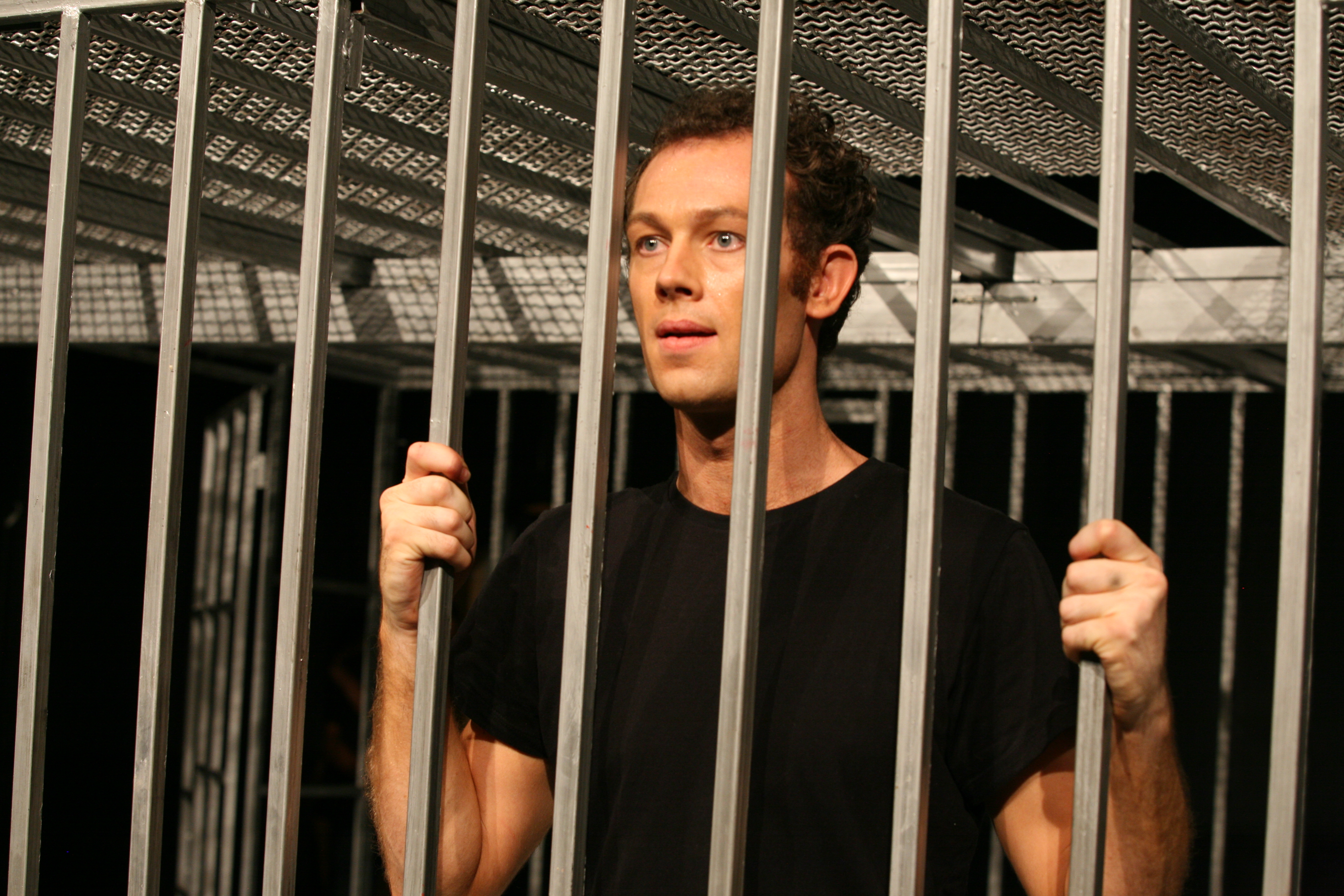